A Man and His Prostate 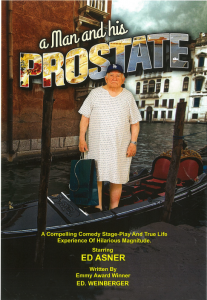 Audiences are raving about Ed Asner’s new one-man comedic performance of A Man and His Prostate, and it’s coming to Hannibal, Missouri for one performance only on Saturday, January 13th.

Best known for his seven Emmy wins as Lou Grant, first on the Mary Tyler Moore Show and later in the dramatic series Lou Grant, Asner is a comedic genius. Written by his longtime friend and collaborator, Ed Weinberger, A Man and His Prostate is a hilarious look at a decidedly unfunny situation.

Bluff City Theater, in concert with The Hannibal Regional Healthcare System, is pleased to bring this nationally-touring show to America’s Hometown.